Is denouncing UNCLOS a good option for China?

(The artical was originally published on Global Times by Captain(Retd) Tian Shichen, Vice President at Grandview Institution, then held the pen name of Liu Haiyang) 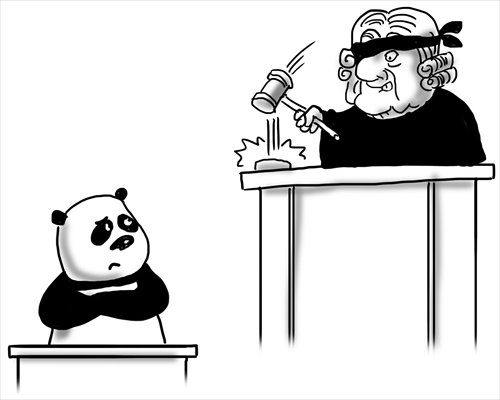 Stefan Talmon, the director of the Institute of Public International Law at the University of Bonn, recently suggested that denouncing the 1982 United Nations Convention on the Law of the Sea (UNCLOS) remains an option for China if its sovereignty was undermined by the decision of the arbitral tribunal established under UNCLOS after the Philippines instituted an arbitration proceeding against China with regard to the South China Sea dispute.

Theoretically, Article 317 of UNCLOS does set up conditions and procedures for denouncing it and thus leaves this option open for China. However, whether denunciation really remains an option for China requires a second thought.

On the surface of it, denouncing UNCLOS may inflict a cost to China's reputation. Although the final award does not provide a new legal basis for the US and other countries to take further military actions, the US and the Philippines will definitely exploit the decision to defame China in every way they can.

The fact is that China's position of "non-participating and non-accepting" the Arbitration is a legal choice per se under the Convention and general international law. Denouncing UNCLOS will in turn make China seem in the wrong and may be taken as a sign that China is facing a setback as a result of losing the case.

It is true as Talmon opined, citing the US, that denouncing UNCLOS does not prevent China from enjoying most of the rights and advantages of UNCLOS because today the majority of its provisions are considered to be declaratory of customary international law, which maintains a separate existence with treaties.

However, this is not an easy case for using the tu quoque argument and the US is certainly not a good model to follow. Even in the US, there is strong pressure from both the military and the government to support the ratification of UNCLOS. Treaties, the obligations of which are more clearly and certainly set, are often seen as superior to custom, which is regarded in any event as a form of tacit agreement.

And finally, it should be emphasized that the arbitration, as a third party procedure embodied in part XV of UNCLOS, is only a small piece of a big pie. UNCLOS serves as the constitution of the ocean and sets up legal orders for diversified uses of the ocean in various maritime zones. China has actively participated in the negotiations over UNCLOS, and those efforts and contributions could not be easily ignored.

Then what are the remaining options for China after the ruling? I believe that, whatever the merits of the ruling may be, and whether it is in its favor or not, China should still adhere to the original "non-participation and non-acceptance" stance. Notwithstanding this official stance, academic circles should make constant and persistent efforts to explain to the international community the reasons behind China's position as well as the impact of this ruling on the international legal order.

In particular, the cloaking of sovereignty disputes as maritime entitlement disputes, the exchange of views between China and the Philippines on sovereign disputes instead of maritime entitlements, the contravention of generally recognized legal principle of state consent by instituting compulsory arbitration, and the damage to international justice by the abuse of rights and procedures under UNCLOS are relevant legal matters that need to be further explored by Chinese and foreign scholars together.