The author is a Senior Journalist and a Doctoral Researcher

At around 2:20 p.m. local time on April 26, 2022, the shuttle bus of the Confucius Institute suffered a terrorist attack on campus at Karachi University. Three Aide Chinese teachers have been killed and one was injured. 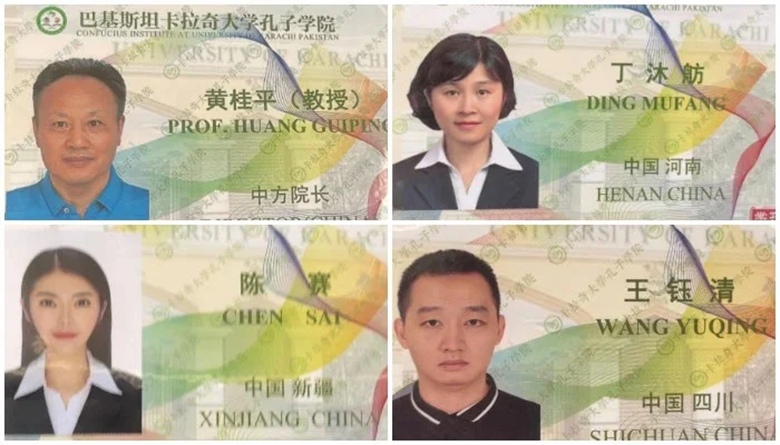 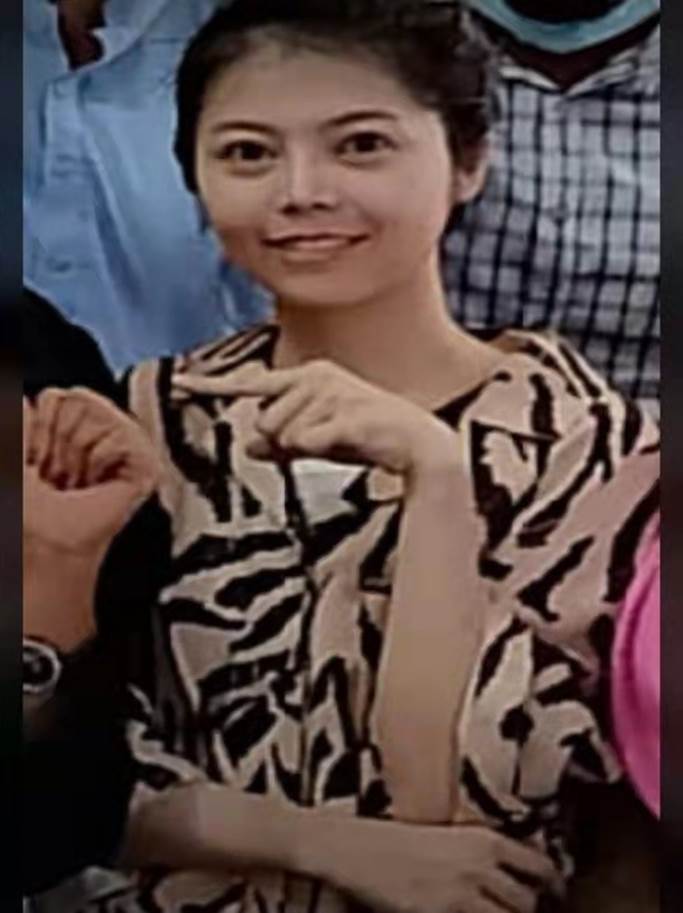 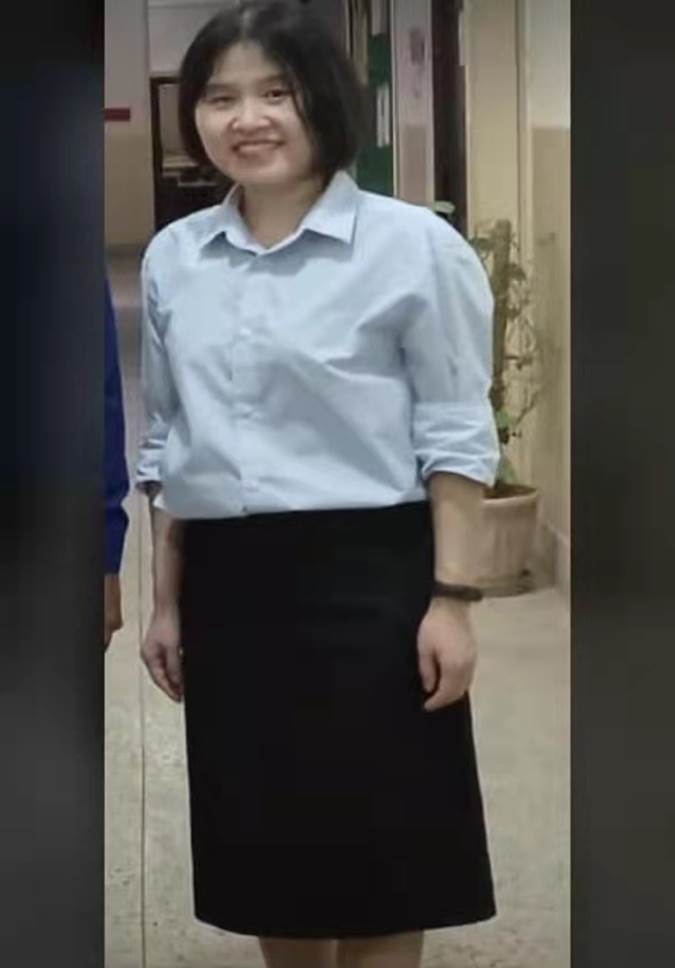 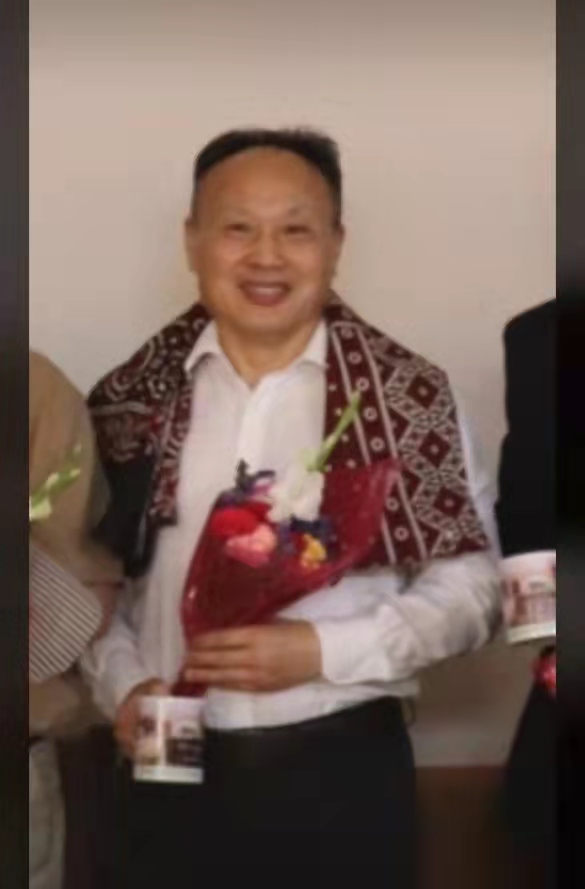 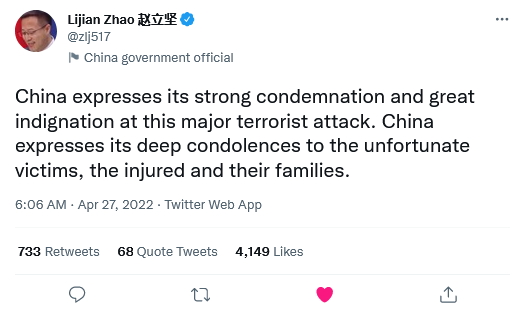 Baloch Liberation Army has accepted the attack on Aide Chinese Teachers at Karachi University. First Woman Suicide Bomber has blown herself to kill Director of the Confucius Institute Huang Guiping and other Chinese Language Teachers. 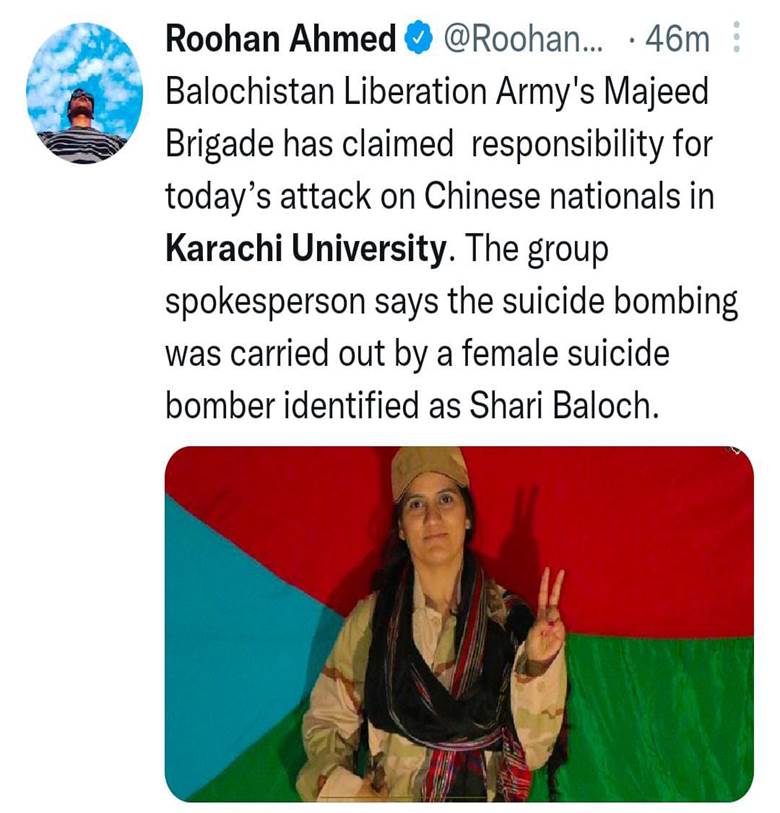 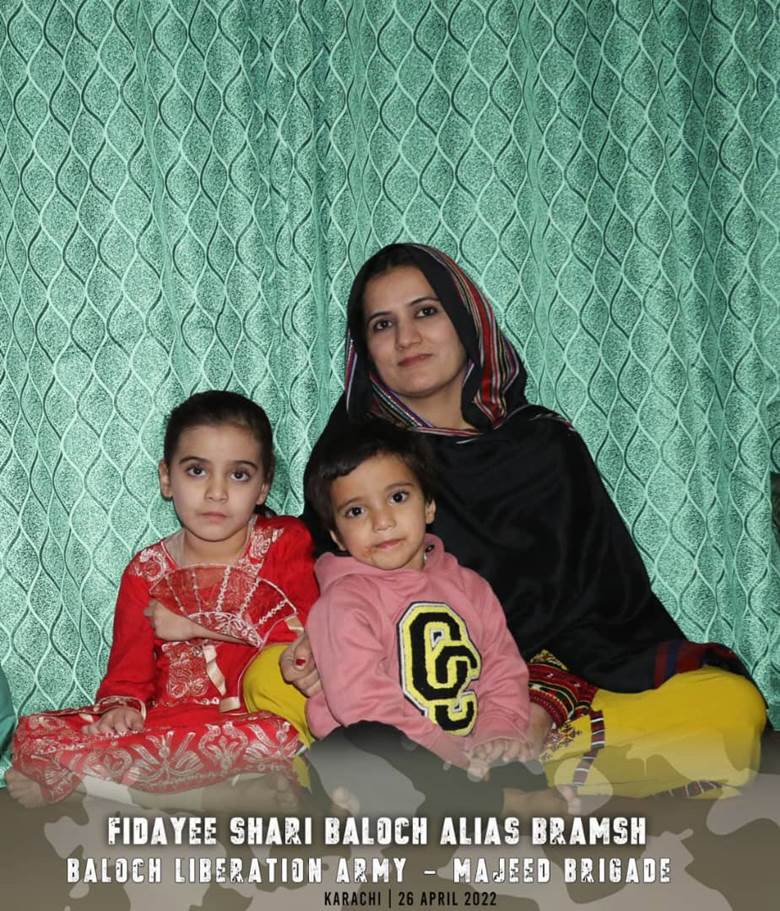 Majeed Brigade of the Baloch Liberation Army (BLA), a Baloch extremist organization, claimed responsibility for the attack, as the claimed: "this is the first time that a female suicide bomber has been used by the organization." In Pakistan security and political analyst also see it as a banned Balochistan Liberation Army (BLA) and Sindhudesh Revolutionary Army (SRA) nexus.

After this suicide attack, The Chinese embassy and consulates in Pakistan hereby remind Chinese citizens, enterprises, and projects in Pakistan that they must attach great importance to the local security situation, improve the security level, strengthen the safety of project personnel, take strict precautions, and do not go out unless necessary.

The Chinese embassy and consulates in Pakistan strongly condemn this terrorist act, express deep condolences to the victims of the two countries and sincere condolences to the injured and their relatives, and will make every effort to deal with the incident with the Pakistani side.

The Chinese embassy and consulate in Pakistan have launched an emergency plan immediately, requesting the Pakistani side to make every effort to treat the wounded, conduct a thorough investigation of the attack, and severely punish the perpetrator.  At the same time, it requires relevant departments at all levels in Pakistan to take practical and effective measures to ensure the safety of Chinese citizens, institutions and projects in Pakistan, and to ensure that similar incidents do not happen again, Statements

Xinhua Reported that Spokesperson Wang Wenbin made the remarks on Wednesday at a regular news briefing in response to the terrorist attack on a van of the Confucius Institute at the University of Karachi.

"We once again extend deep condolences to the victims of the two countries and sincere sympathies to the injured and the bereaved families," Wang Wenbin 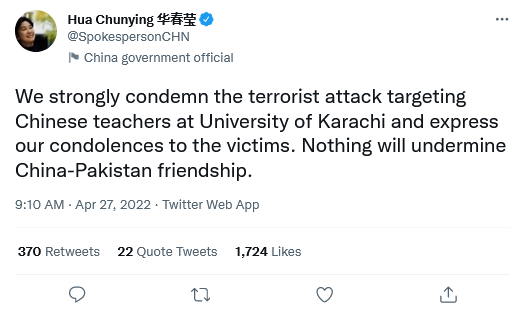 It was also noted that at official levels from both sides swift and active measures and strong statements against coward terrorist attacks come in with full responsibility and visionary reality of Pakistan – China Friendship. Foreign Ministry Spokesperson’s Remarks also covered that “local authorities in Sindh and Karachi have launched a full-scale investigation to hunt down the perpetrators. The Chinese Foreign Ministry and Chinese diplomatic missions in Pakistan will continue to urge relevant Pakistani departments to handle properly the follow-up matters of those killed, treat the injured, and resolutely crackdown on the terrorist organization involved. The blood of the Chinese people should not be shed in vain, and those behind this incident will surely pay the price”.

“I want to assure you on my behalf, on behalf of the Government of Pakistan and the people of Pakistan, that we will hunt down the perpetrators, culprits, killers. We will not rest until they are caught and given exemplary punishment,” PM Shehbaz Sharif

Associated Press of Pakistan reported Ambassador to China, Moin ul Haque to express extremely grave concern “The entire nation is in shock and mourns the loss of these precious lives including our Chinese friends,” he said in a message. He said that this cowardly act was a direct attack on the Pakistan-China friendship and ongoing cooperation.

The Karachi University attack was reportedly the third attack on Chinese citizens on the soil of Pakistan. However, Pakistan’s officials have given full assurance to the Chinese citizens for their full-proof security in the country, after which Chinese citizens living in Pakistan felt confident in further taking security measures. 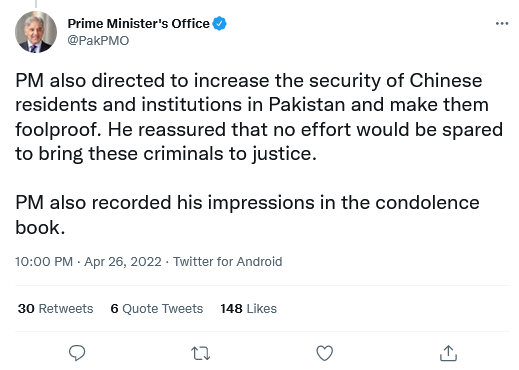 Other than at official or Governmental levels. In Pakistan, at societal levels, these terrorist attacks were condemned, and people are committed in Pakistan giving full security to their Chinese brothers & sisters. They also showed their high concerns with deep grief and anger over the Chinese Teacher killings in Karachi. 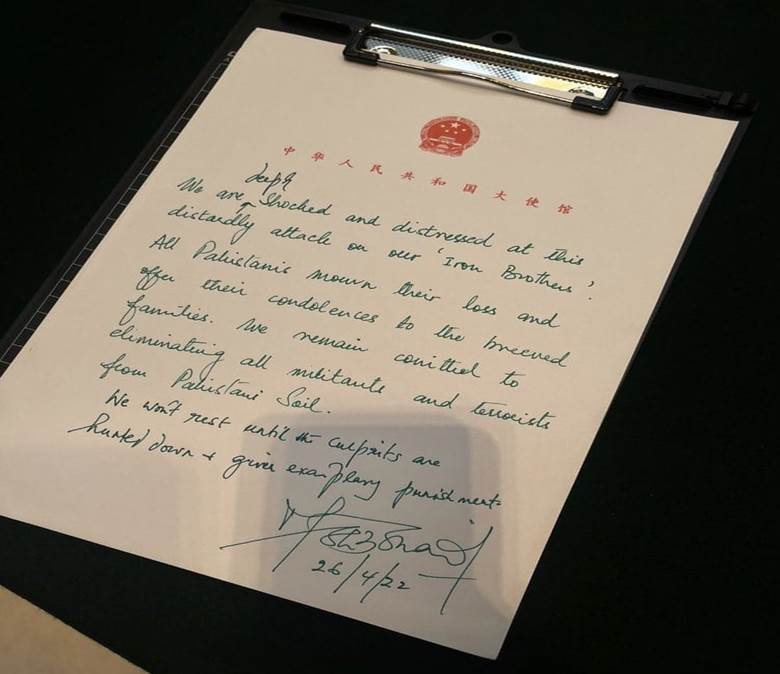 The PM also wrote a special message of condolence to Chinese President Xi Jinping. He expressed sorrow and grief over the death of Chinese nationals. The Prime Minister said the entire Pakistani nation was in shock and grief over the brutal attack on its 'Iron Brothers'.

Analysts on international affairs assured that Pakistanis can never tolerate terrorism with guests, people have seen terrorism themselves, and people of all provinces of Pakistan have seen it throughout the few decades.

Analysts think that as China is a rising superpower in the region and many regional countries have a lot of issues with China’s economic rise, they want to sabotage its fast growth.

They also believe that Chinese teachers were the easiest target for terrorists to break down Iron Relationship between both countries. Therefore, Chinese Great Teachers have been attacked to pay price for the “Irons Brother” slogan of friendship between Pakistan and China.

Everyone is aware of the friendship between the people of Pakistan and China and both countries’ enemies never wanted to see them prosper in the region.  Pakistan and China have faced challenges; in the past, we have seen citizens being targeted in the name of religion, Analysts told GVI

China also strongly condemned the terrorist attack in Karachi and said that those involved in it will definitely have to pay a price. The blood of the Chinese will not go in vain.

China also demanded Pakistan arrest the culprits of terrorism and bring them to justice while ensuring the safety of Chinese citizens to prevent such incidents from happening again.

To understand the impacts on the friendship between China and Pakistan after these brutal and inhuman terrorist attacks, Grandview institutions reached out to Dr. Shahid Ahmad Hashmat who is a former High Commissioner of Pakistan to Sri Lanka by the Govt. of Pakistan / Ministry of Foreign Affairs. 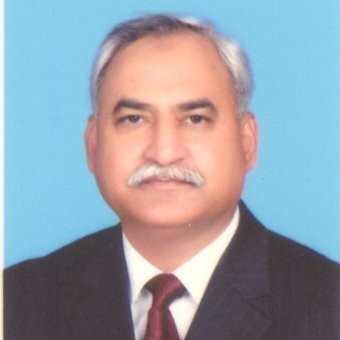 While talking with Grandview Institution Dr. Shahid A. Hashmat told that certainly, it has had a negative impact on the China - Pakistan friendship/relationship. However, it's just a temporary phase.

He further emphasized after looking into the past that Pakistan has been suffering from many terrorist attacks for last over 20 years. Law Enforcing Agencies are doing their best to counter this threat.

As Grandview asked to understand how far these terrorist groups could go on to break down Pak-China Iron Brotherhood? Maj. Gen. (retired) Dr. Shahid Ahmad Hashmat replied Not Much. “Such attacks do have a temporary effect. In long run, the situation will improve and will be stabilized.” He added through Joint effort, both countries can deal with the situation.

People to People Relations are too little / too small / too narrow, keeping in view the large population of both countries and geographic contiguity. Much more needs to be done in promoting and enhancing these relations, especially in the fields of Education, Science & Technology, Trade & Commerce, Research, Cultural Exchanges, Language Learning, and Tourism just to mention only a few areas, Suggested - Maj. Gen. (retired) Dr. Shahid Ahmad Hashmat

Maj. Gen. (retired) Dr. Shahid Ahmad Hashmat has 42 years of national and international military leadership and higher education management experience, including seven years as a General Officer in the Pakistan Army, over three years in UN Peacekeeping, and two years as Dean at a national university. He also holds a Post-Doctorate in International Relations (International Cooperation), a Doctorate in International Relations (Contemporary International Conflict Resolution), along with three Master’s degrees in Military Studies, War Studies, and International Relations. He had commanded a 'Military Contingent in UN Peacekeeping Mission in Haiti' and served as a ‘Planning Officer / Officer-in-Charge of Generic Planning Unit at Mission Planning Service of UN DPKO’. He Has undertaken a variety of command, staff and instructional assignments during his military career, including a number of sensitive and challenging positions demanding very high professional acumen and competence.

China-Pakistan Economic Corridor (CPEC)— is not only a prosperous future for Pakistan but also for the entire region and China. It is a very vast network of multiple projects like highways, and railways including other infrastructure development and power projects that will enter Pakistan’s Gilgit-Baltistan region from Xinjiang and culminate at Gwadar port— All these terrorist groups banned outlets are aiming to hurt Beijing and Islamabad. In the western media, there is also very strong propaganda against China on Uyghur Muslims in Xinjiang. West is also showing BRI and CPEC as a debt trap by China for all those countries who are BRI partnering.  In Pakistan CPEC is in its second phase, third countries funded terrorist groups in Pakistan could come harshly to sabotage CPEC in the future as well. Recently, Premier Li Keqiang Speaks with Pakistani Prime Minister Shahbaz Sharif on the Phone – FMPRC concluded that the Pakistan-China friendship is deeply rooted and bilateral cooperation has reached an unprecedented level. Pakistan is ready to work with China to speed up the construction of the CPEC, deepen cooperation on key projects and special economic zones and maintain close personnel exchanges to bring more benefits to the people of the two countries.

There is no doubt that the Chinese vision is broader than these terrorist attacks. For regional and brotherly countries, it is beyond relationships or friendship as the Chinese have given many sacrifices for Pakistan in Pakistan. The recent terrorist attack is another example of targeting Chinese teachers, Terrorist aim was clear to shatter the Pak-China friendship by killing Chinese Teachers in Pakistan, these internationally funded terrorists attacked Chinese citizens in Pakistan to sabotage CPEC and BRI. The government of Pakistan should ensure high-security measures for Chinese citizens living in Pakistan. One After one these recent terrorist attacks on Chinese citizens could be directed by other terrorist groups outsourcing countries. The killing of Chinese Teachers by using the very first-time woman suicide attacker in Pakistan clearly aimed to break people-to-people connections between both countries and thus hit China’s increasing investment in the China-Pakistan Economic Corridor (CPEC). Limited People to People connections can also slow down CPEC Phase 2 which both sides do not want to see. We assessed the impact of these recent terrorist attacks is limited on the Pakistan-China relationship because wise leadership from both sides understand deliberately importance and history of the “ Iron Brothers” relationship. China Pakistan friendship also has a broad public opinion based in Pakistan, from the top down to the people, are very much recognized. There’s extensive cooperation in all sectors of life and sciences even in the world’s new paradigm technological shift, space tech, and other areas.