In 2019, the Arctic Region Will be the Focus of Future Geopolitical Competition

According to Global Affairs Canada's news in October, 2018, the Canadian government plans to file a submission on the outer limits of Canada’s continental shelf in the Arctic Ocean early in 2019, which has caused concerns in many countries around the world.

As early as February 2016, Russian Minister of Natural Resources and Environment submitted its Arctic continental shelf claim to the UN Commission on the Limits of the Continental Shelf (CLCS), which covers areas including the North Pole. Earlier in December 2014, Denmark had already claimed its continental shelf in Arctic Ocean, which also included the North Pole. Undoubtedly, the territorial claims of these countries are overlapping and contradictory. The claims of Russia, Canada and Denmark on the continental shelf of the Arctic region will cause conflicts in various fields such as territory issues and continental shelf development, worsening the already strained geopolitical competition in the Arctic Region. 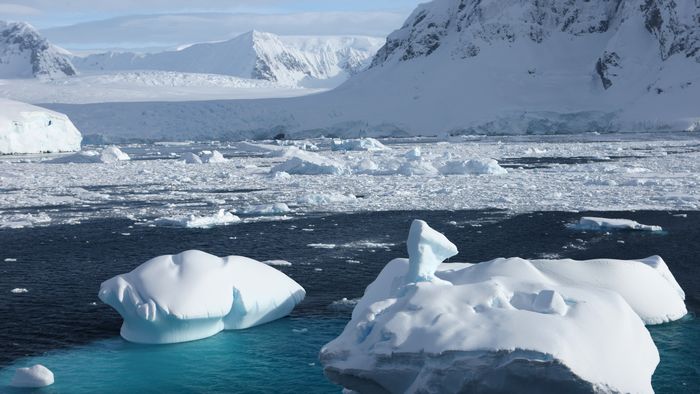 It is foreseeable that the Arctic will be next key geopolitical competition region. In addition to the territorial claims, the Arctic-related countries will also have fierce competition in other aspects in the future.

In terms of military affairs, recently, relevant countries have all realized the importance of the Arctic region and have been preparing for the possible Arctic geopolitical competition. Several Arctic countries have begun to build up military presence to dominate the Arctic Ocean. According to the Xinhua News Agency, on October 25, 2018, NATO’s “Trident Juncture” exercise in Norway near the Arctic was the largest military exercise since the end of the Cold War. Canada, the United States and other related countries also conducted several military exercises in order to contain Russian military activities in the Arctic. US Admiral PAUL F. ZUKUNFT advocates militarization of some Arctic islands that had been used for rescue mission before, increasing the investment in research and development of icebreakers’ construction, developing Coast Guards capacity, and strengthening military presence in the Arctic to enhance competitiveness of the US in its Arctic competition with China and Russia. In addition, he also advocates operating "freedom of navigation" on the North Sea Route. At the same time, according to "Russian Submarine in Arctic Tracked 'Enemy' Sub Undetected for Days", a report by the US National Interest in March 2018, Russian nuclear submarines have carried out a wide range of activities in the Arctic Ocean, and have trailed the submarine of other countries to scout their activities.

The Arctic-related countries have begun armament competition in the Arctic, and this competition is likely to continue in 2019. It may even escalate into a direct conflict. According to Australian media, Russian Defense Minister Sergei Shoygu said in December, 2018 that Russia would conduct military exercises in the Novosibirsk region along the Arctic Ocean, lasting from August to September, 2019, to test the Russian military’s operational capabilities in the Arctic. Shoygu also announced that Russia would complete infrastructure construction on the islands of Sledney, Wrangel and Schmidt in 2019 to deploy air defense radar and navigation base stations. 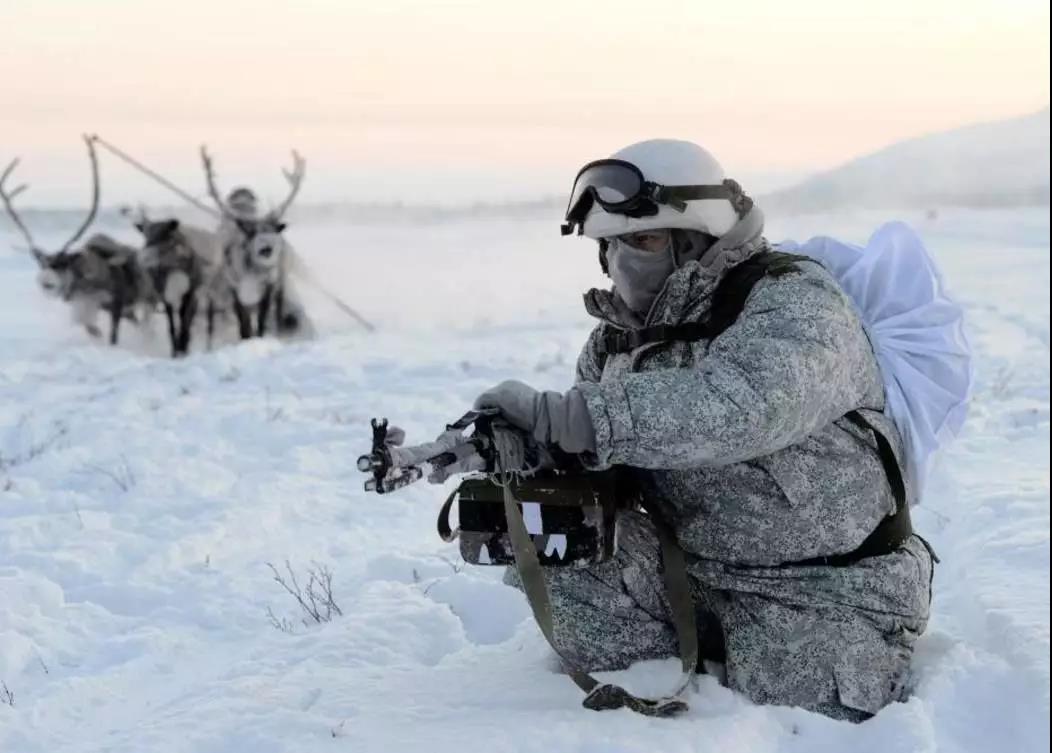 In terms of resources development, the competition will also continue in 2019, with many countries in the world speeding up their resources development in the Arctic. On June 7, 2018, the Trump administration said that they would spend $4 million on construction projects in the Arctic National Wildlife Refuge in preparation for oil drilling in the nation’s biggest wildlife park. Russia also deployed a small-sized floating nuclear power plant in early May, 2018 to power Gazprom's expansion of offshore oil and gas development in the Arctic Ocean.

At the same time, the Arctic waterways are also being developed. In this process, Russia and many other Arctic-related countries have shown signs of conflict. According to the Xinhua News Agency, the director of the National Defense Management Center of the Russian Ministry of National Defense, Mijintsev, said on November 30 that, from 2019, foreign military vessels must notify the relevant departments of the Russian government before sailing on the Arctic waterway. That is to say, the future use of the Northeast Passage of the Arctic must be approved by the Russian side. A similar claim has also appeared on the other Arctic main waterway – the Northwest Passage. On August 27, 2017, Canadian Prime Minister Stephen Harper announced that all ships passed through the “Northwest Passage”, which begins from the Atlantic, crosses the oceans to the north of Europe and Asia and end at the Arctic ocean, must inform the Coastal Guards of Canada in advance. This claim has aroused strong reaction from the international community. Western countries, including the United States and the European Union, believe that the Arctic Ocean should not be owned by any single country. Canada’s claim conflicts with the right of freedom of navigation. Therefore, it is foreseeable that Russia’s proposal will also cause many disputes about the Arctic waterway in 2019. 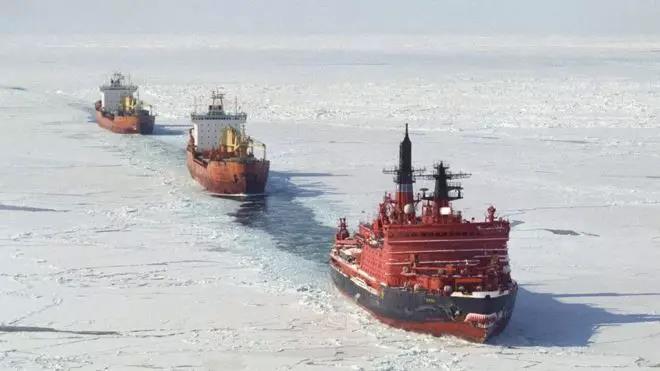 At the same time, the Arctic waterway has been used and put into production by Russia. For example, the first LNG cargo products (about 100 million cubic meters) of the Sino-Russian Yamal LNG project, the largest energy cooperation project between China and Russia, has been shipped by Arc7 ice-class LNG carrier" Vladimir Rusanov", travelling from Sabetta to Dayang LNG Terminal in Rudong County, Nantong City, Jiangsu Province, China through the Arctic route. It has arrived in China on July 19th. Russia's further development of Arctic resources will undoubtedly exert more pressure on other countries' Arctic strategies, shifting the competition for Arctic resources development rights from indirect to direct.

China’s recent major activities targeting the Arctic have attracted attentions of some countries. At the Sino-Russian Leaders' Meeting in July 2017, China proposed the initiative to jointly develop the Arctic waterway and jointly build the Polar Silk Road. The White Paper titled “China's Arctic Policy” was published on January 26, 2018. It defines China as a “Near-Arctic State”. It points out that China will expand its Arctic exploration, participate in Arctic-related international affairs, develop Arctic waterways tourism and natural resources, and protect the natural environment of the Arctic in the future.

Relevant countries and institutions have made counter arguments on China's participation in the Arctic affairs and Arctic resources development cooperation. At the 2017 Arctic Encounter Symposium, US Congressman Rick Larsen proposed to increase US security and defense investment in the Arctic to deal with the growing influence of Russia and China there. Richard Spencer, US Secretary of the Navy also said in May 2018 that, with China’s growing involvement in the Arctic, the US Navy’s Arctic strategy needs to be constantly updated and the government should invest more on science, human resources and commerce, so as to increase US’s competitiveness.

With exploration of the earth and advancement of science and technology, human activities have covered every corner of the world, and continually leaving more footprints in new areas. It can be said that the process of human development is to conquer the unknowns and embrace new possibilities, during which conflicts and contradictions cannot be avoided.

Under harsh and severe geopolitical competition, the Arctic, as one of the few slightly developed areas, have inevitably became the “Colosseo” for countries’ capability. Geir Henneland and Olav Schram Stokke mentioned that since the end of the Cold War, people’s interest in international and national affairs in the Arctic has increased, and this region will have a greater impact on the domestic and international policies of the relative countries. The confrontation among nations had pick up its momentum in the Arctic, and the geopolitical competition in the Arctic will become more intense in the foreseeable future. China should follow the established Arctic strategy in the future, develop the Arctic resources in a cooperative manner, and maintain peace and stability in the region.

China has made contributions and commitments in many areas related to the Arctic, such as climate change research, establishing rules and systems for the sustainable development of mineral resources, and ensuring stability and security in the region. China emphasizes cooperation and win-win results, which includes cooperation with more countries in the establishment of scientific research stations, icebreaker construction, waterway development, energy project and trade. China’s achievements of Arctic-related work have also been recognized by some countries. For example, many Danish scholars have recognized that China's activities in the Arctic and the construction of the "Polar Silk Road" can bring more reliable Chinese investment and infrastructure projects to the Arctic, which will not only provide resources to the Arctic, but also offer opportunities and challenges for the polar countries. The Russian side has a greater interest in China's "Polar Silk Road" strategy and wants to cooperate with China in this aspect. China and Russia have carried out a number of important cooperation, namely construction of the Arctic Ocean submarine cable, oil exploration, Arctic trade routes and the construction of deep-water ports. Russia hopes that funds from China can inject development momentum into infrastructure construction and resource development which have been limited due to long-time Western sanction.